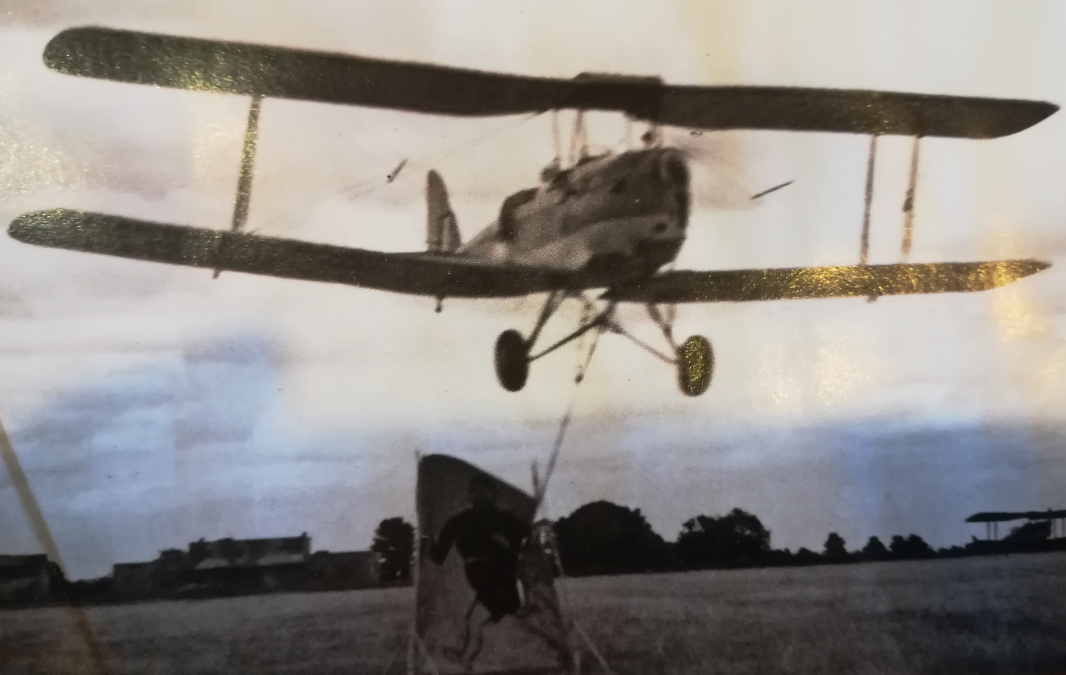 We will have two Tiger moths flying overhead this year.

Did you know that the Tiger Moth was modified to go to war in 1940, ahead of an anticipated invasion of the UK by the Germans?

Equipped with a blade hanging below the aircraft, called a Paraslasher, it was designed to be flown over parachute troops to tear their parachutes as they descended. The pic is of the hanging blade in action against a sheet of canvas.

It was never agreed to, as the Air Ministry was worried about reprisals, and it didn’t appeal having a bunch of slow flying biplanes among descending troops when being fired upon from below.

This item is from the May 2019 edition of FlyPast magazine.